Under the Sea & Serendipity the Pirate Ship

Guests emerged from the Enchanted Woods into a cascade of clear bubbles coming down from the ceiing that signified they were in this magical land that encompassed both above and below the sea! A giant octopus with and 8-foot tall head and 40-foot tentacles hovered over visitors. 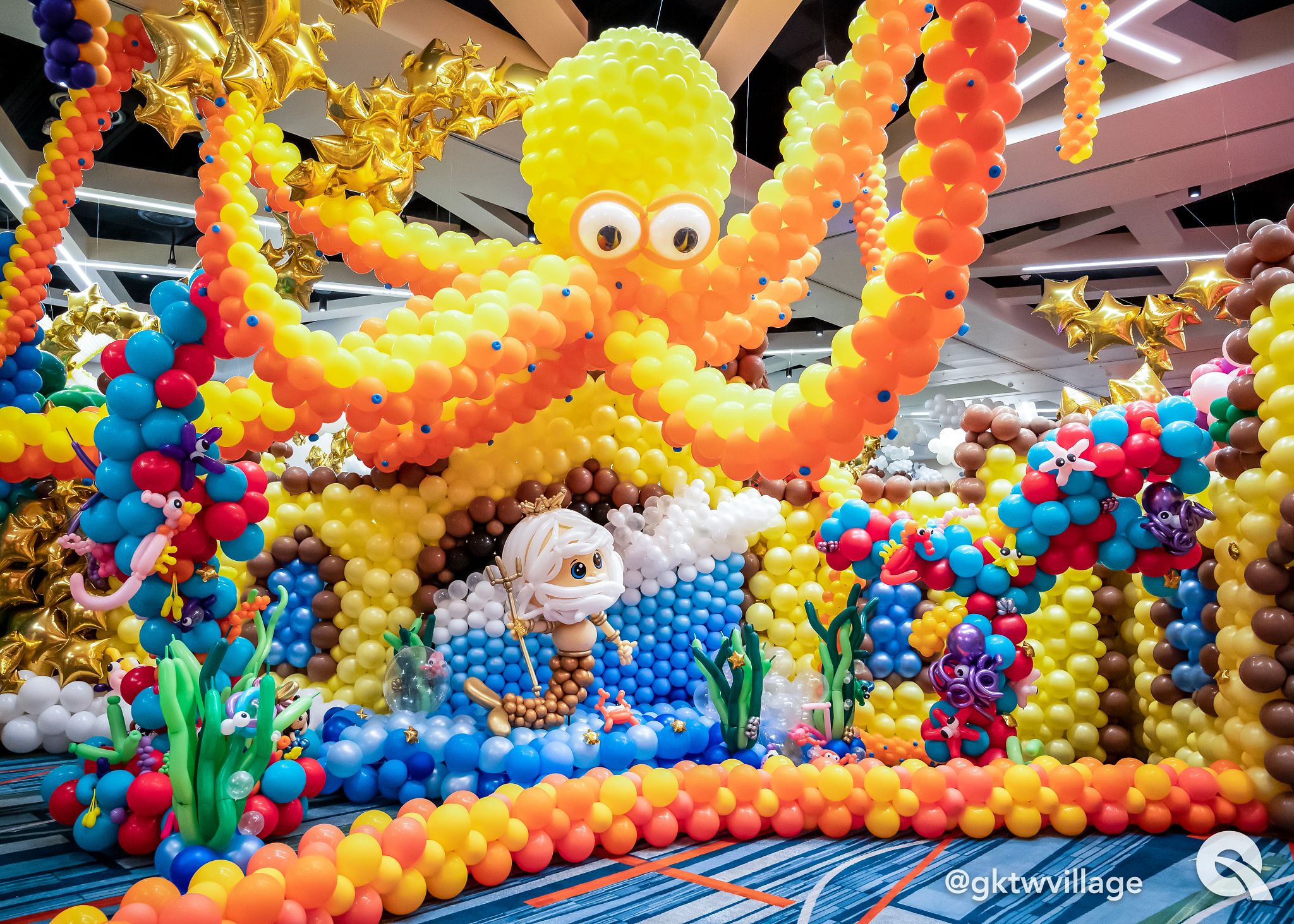 This massive 40-foot long vessel was based on GKTWV's newest attraction, a stage built to look like a pirate ship. Every Friday night is Pirates & Princesses night at GKTWV, and great care was taken to include these important elements with the ship. In front of the ship, a seahorse, crab and turtle represent three children who were guests at the village, but are no longer with us.

As guests walked alongside the ship, they were treated to beautiful blue curved walls of "waves" with organic froth at the top and bottom of each wave. 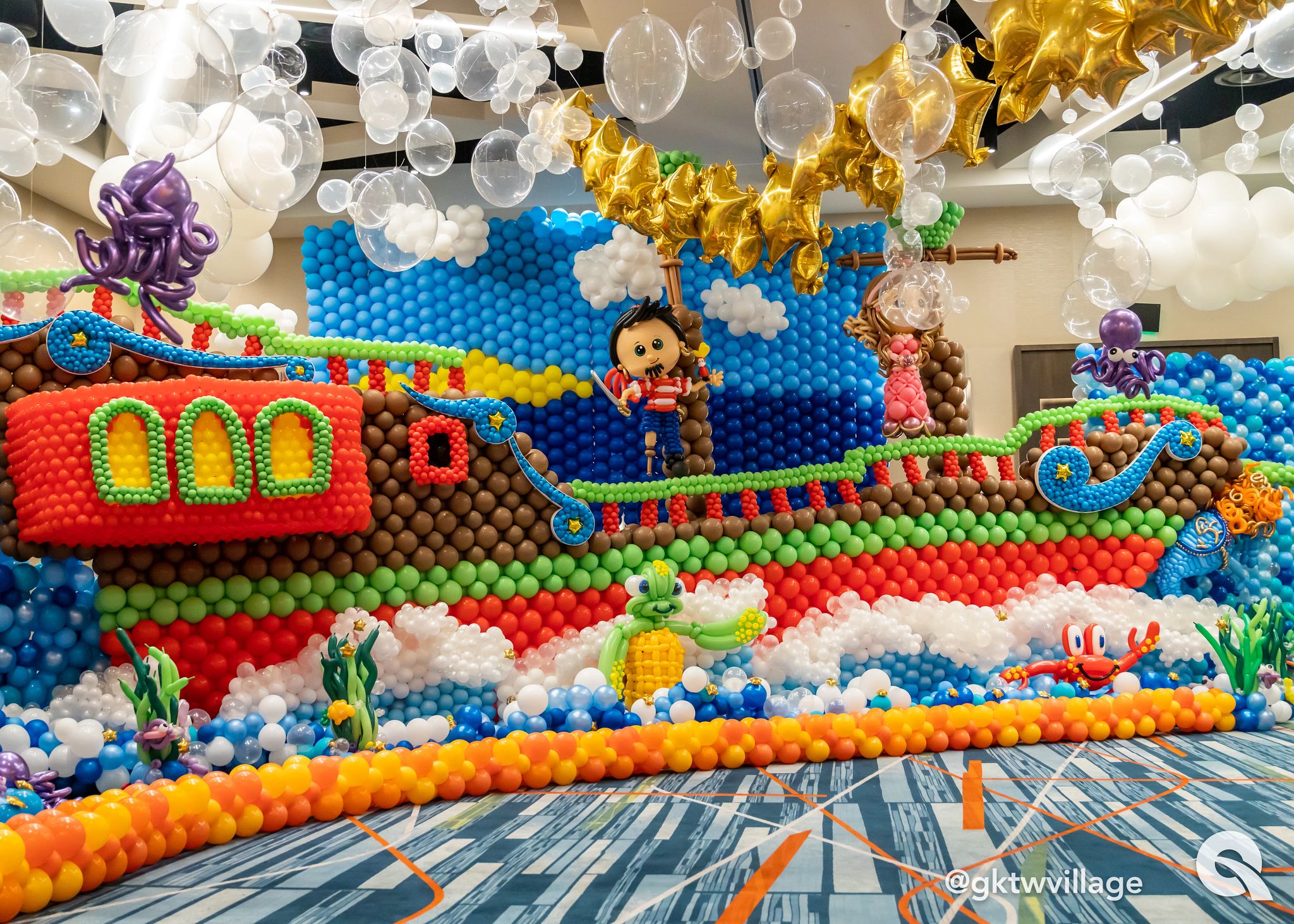 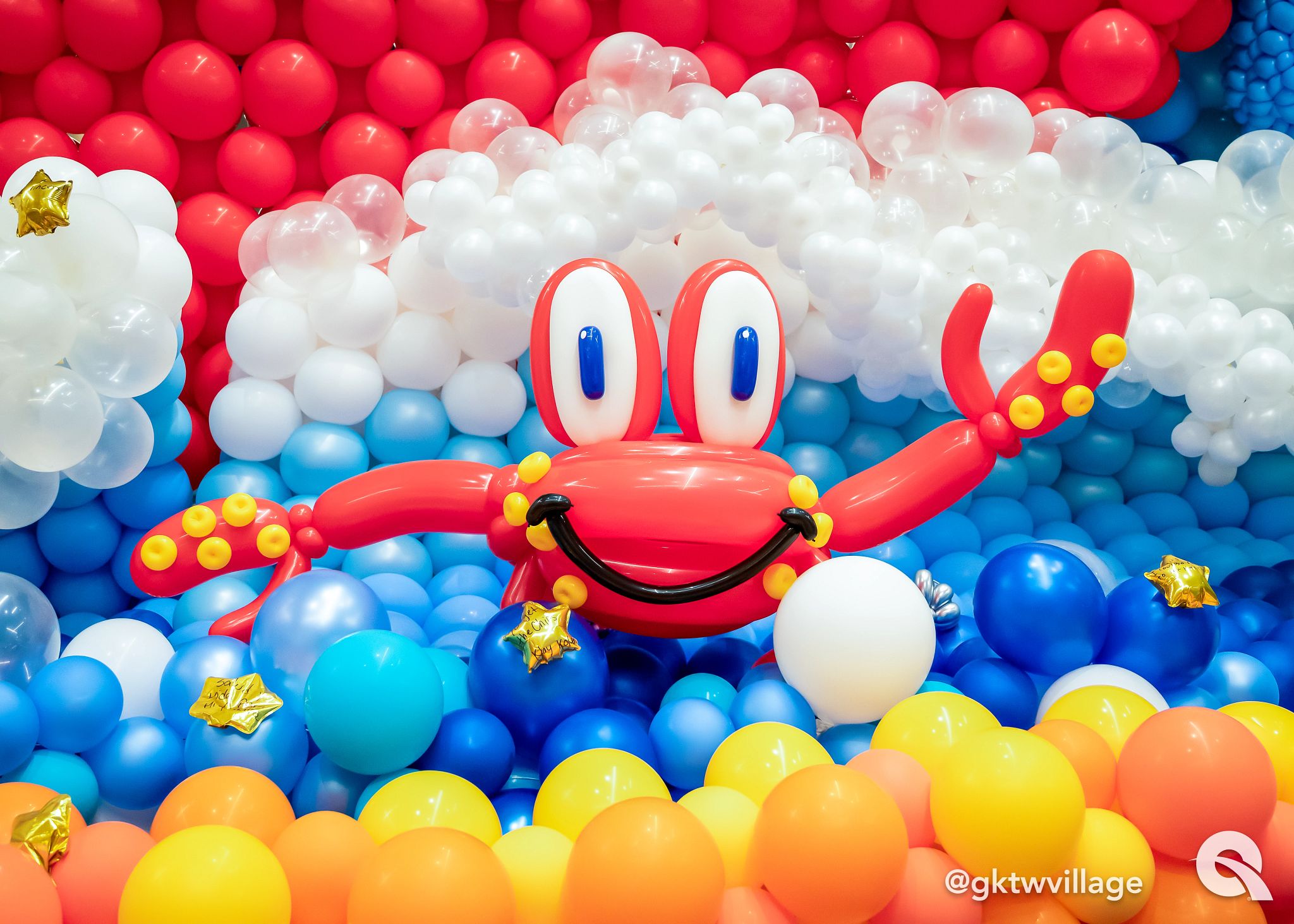 Just a few of the details included: 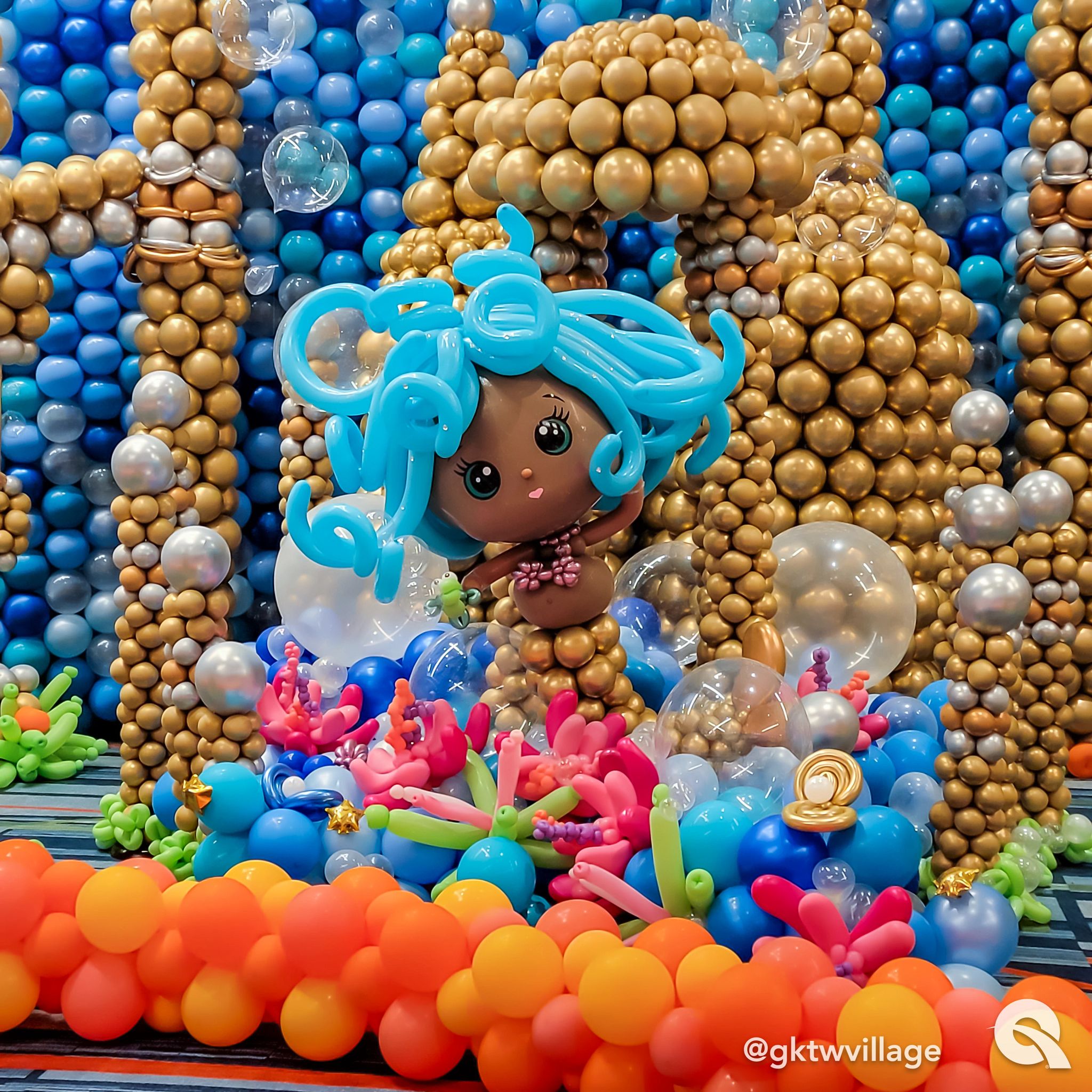 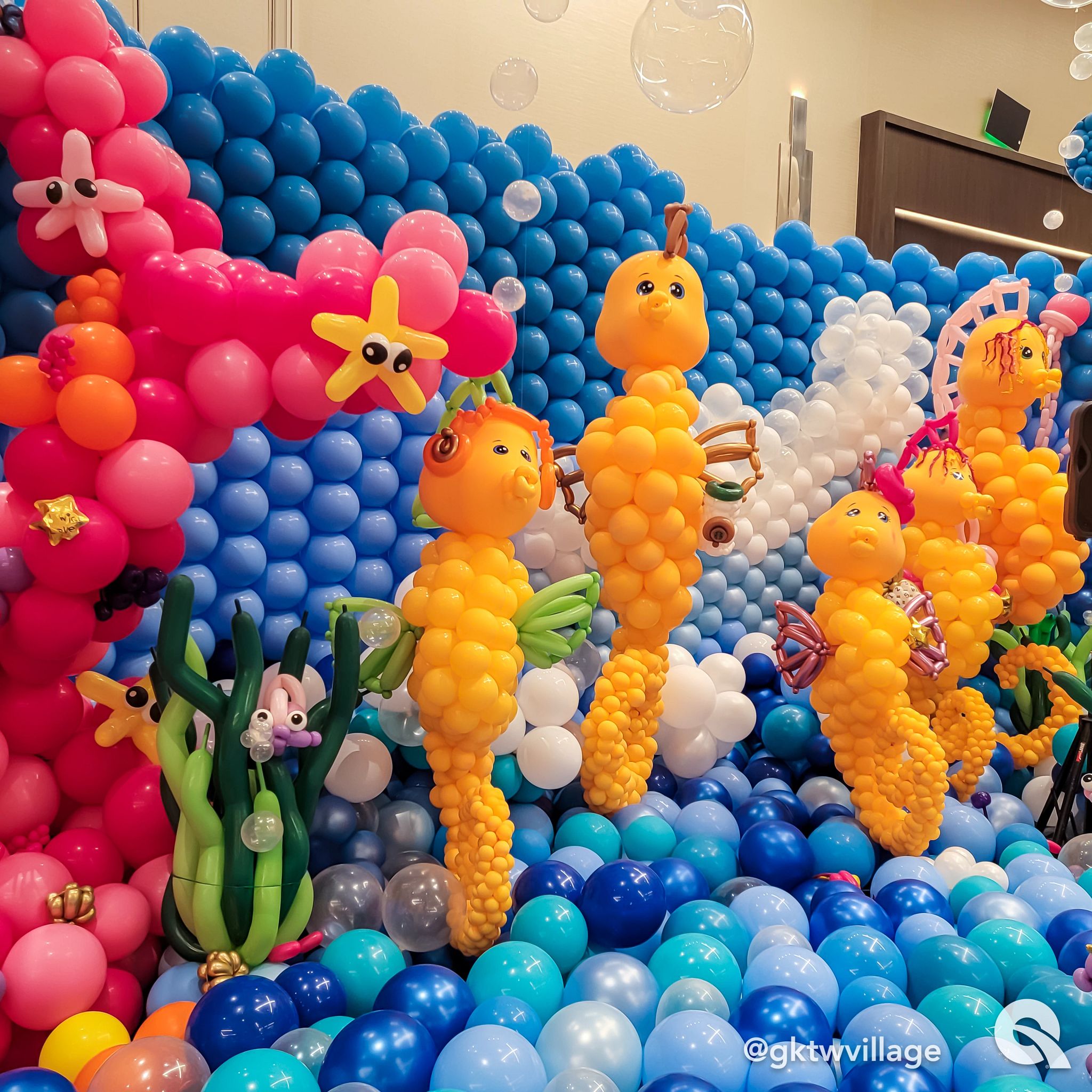 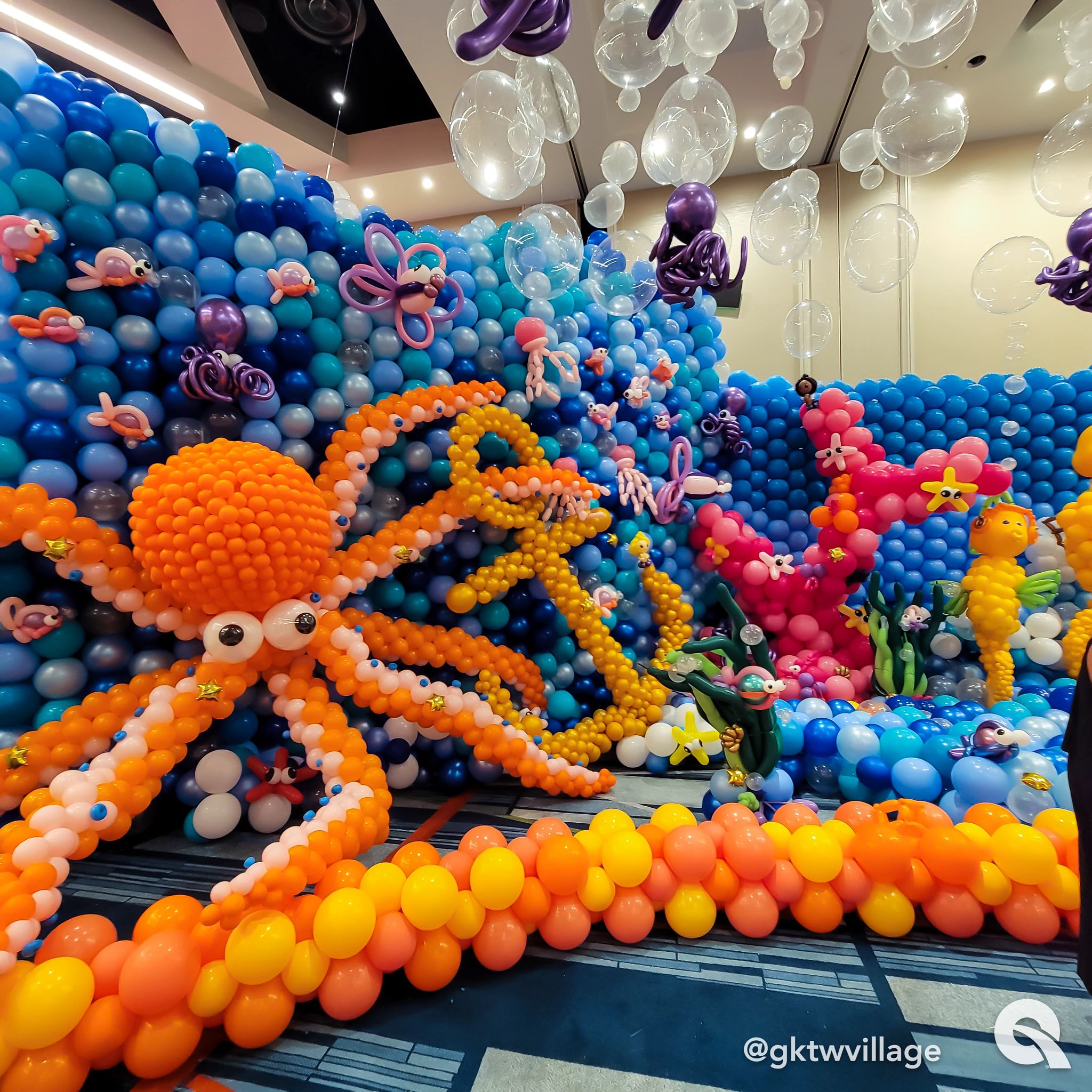 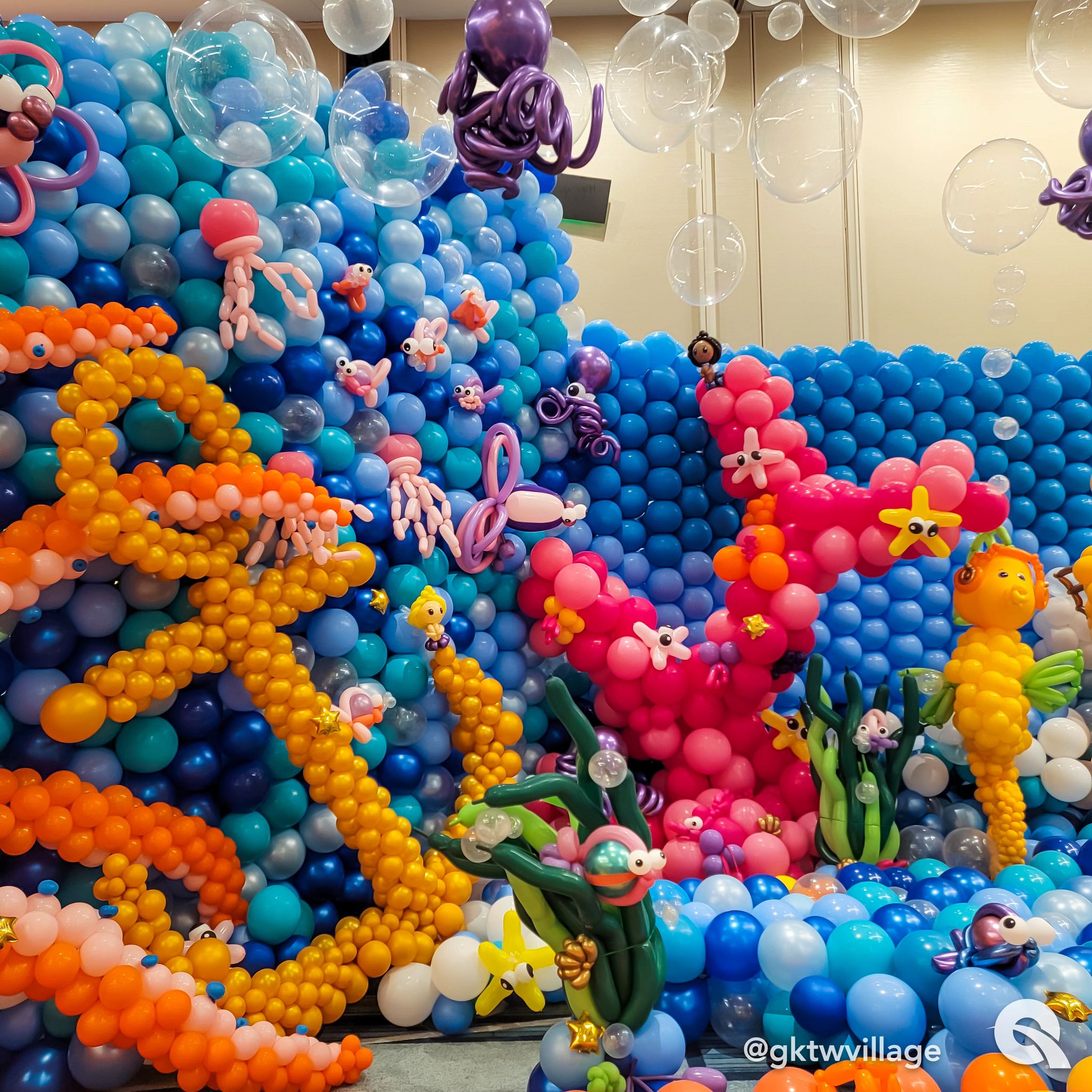 The head for the baby octopus was made using the same technique demonstrated for hot air balloons in this video from Cam Woody, CBA and Eve Antonello, CBA.

The Under the Sea and Serendipity Pirate Ship Team 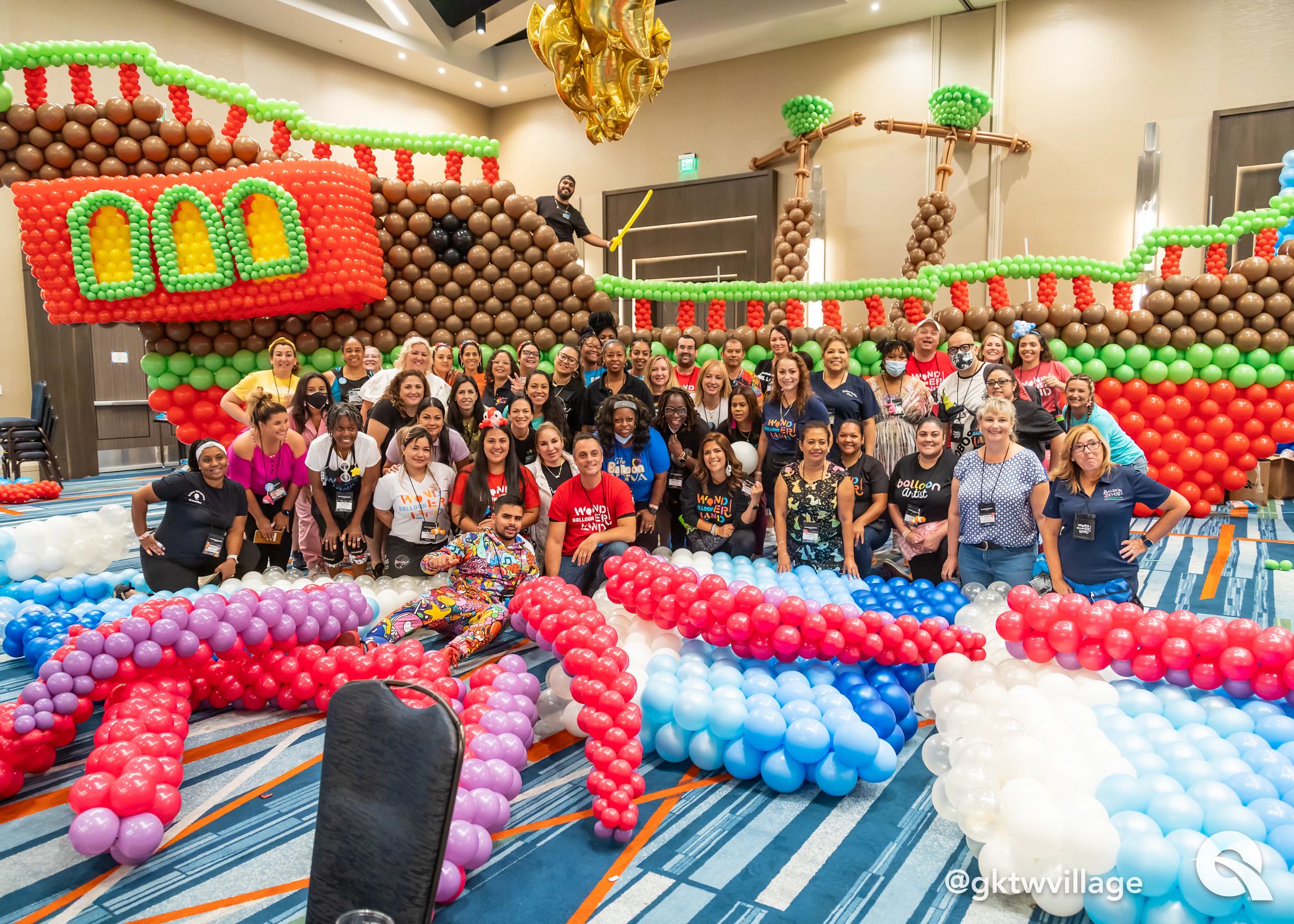