Lilly Jimenez of The Creative Heart Studio went above and beyond with her spectacular balloon mosaic of the Give Kids The World logo. She poured her heart into making the logo perfect to honor the children and families the charity serves. The incredibly complex mosaic served as the focal point for the ribbon cutting ceremony and other festivities.

Lilly transported the mosaic frame - one of the largest she has ever made - to Orlando in her car in four pieces, and completed it at the event. 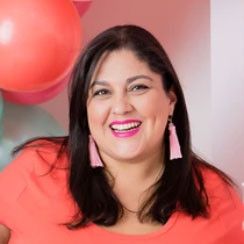 Filling the mosaic was fun, and a lot faster, because I got to do it with some of my balloon friends! 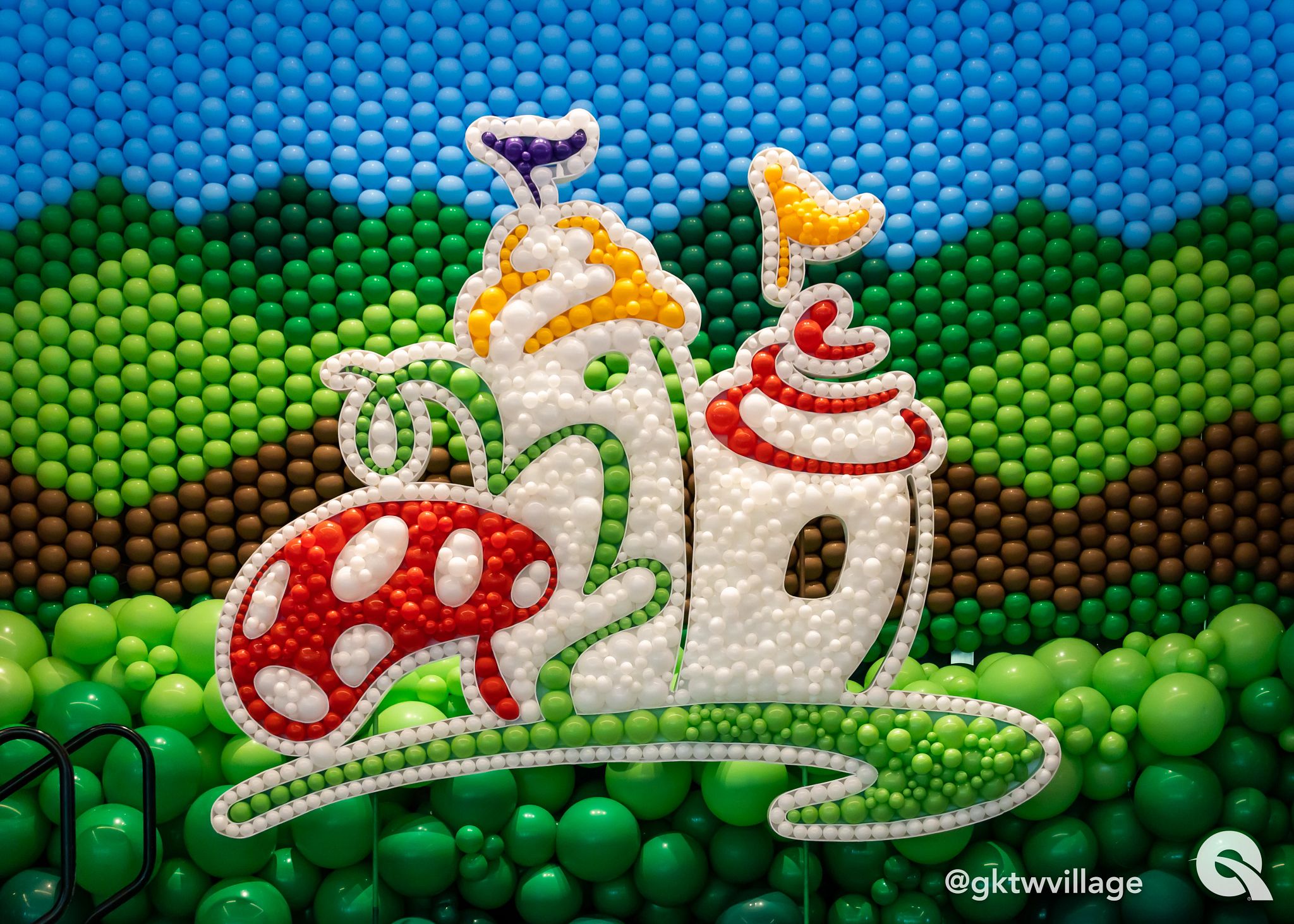 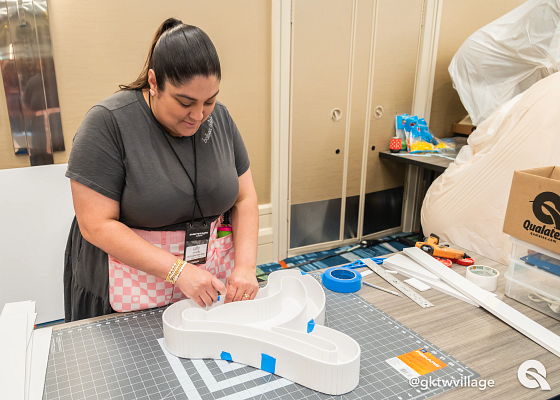 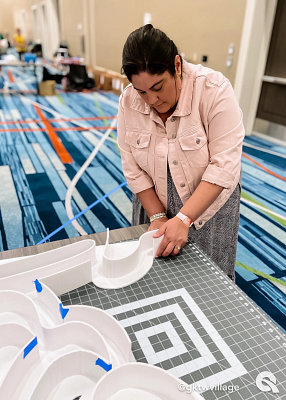 Each of the areas within Balloon Wonderland were brought to life by adorable balloon children, packed with personality! A team devoted just to making the human-like balloon characters was assembled, to maintain the consistency of the characters throughout. Team members also participated in other sections of the build. A special thanks to Ellie Ventura for making the vinyl faces for the characters!

For the human-like balloon figures, many used this technique for making a realistic hand.

The rigging and framing specialists had their work cut out for them, with so many large elements and pieces that were hanging from the ceiling! Greg Arrigoni and Ray Wilson, along with a team of others who also participated in other areas of the build, did an excellent job of making sure the structures were in place to allow the balloon artists to safely complete some of the more complex pieces of the build. 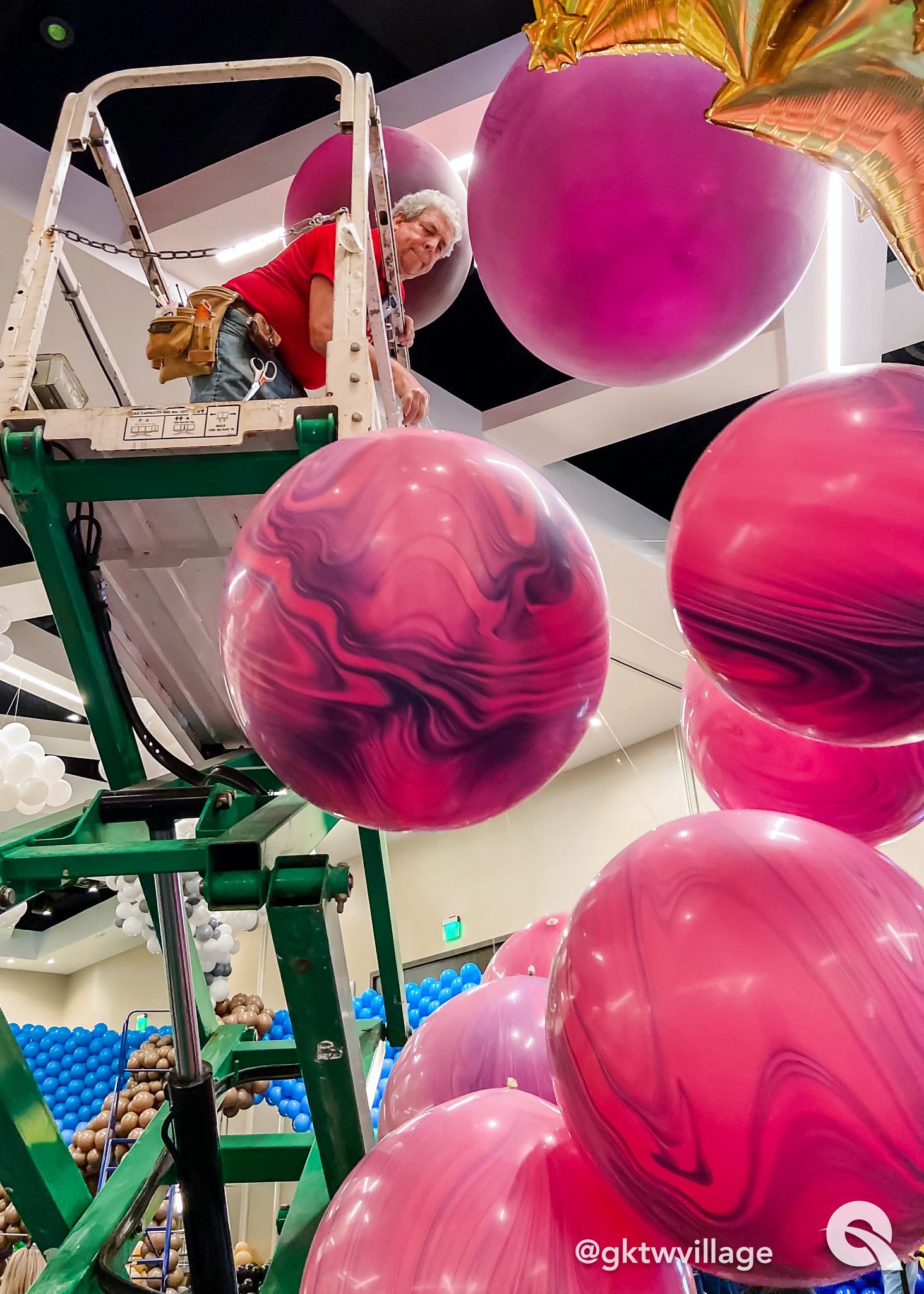 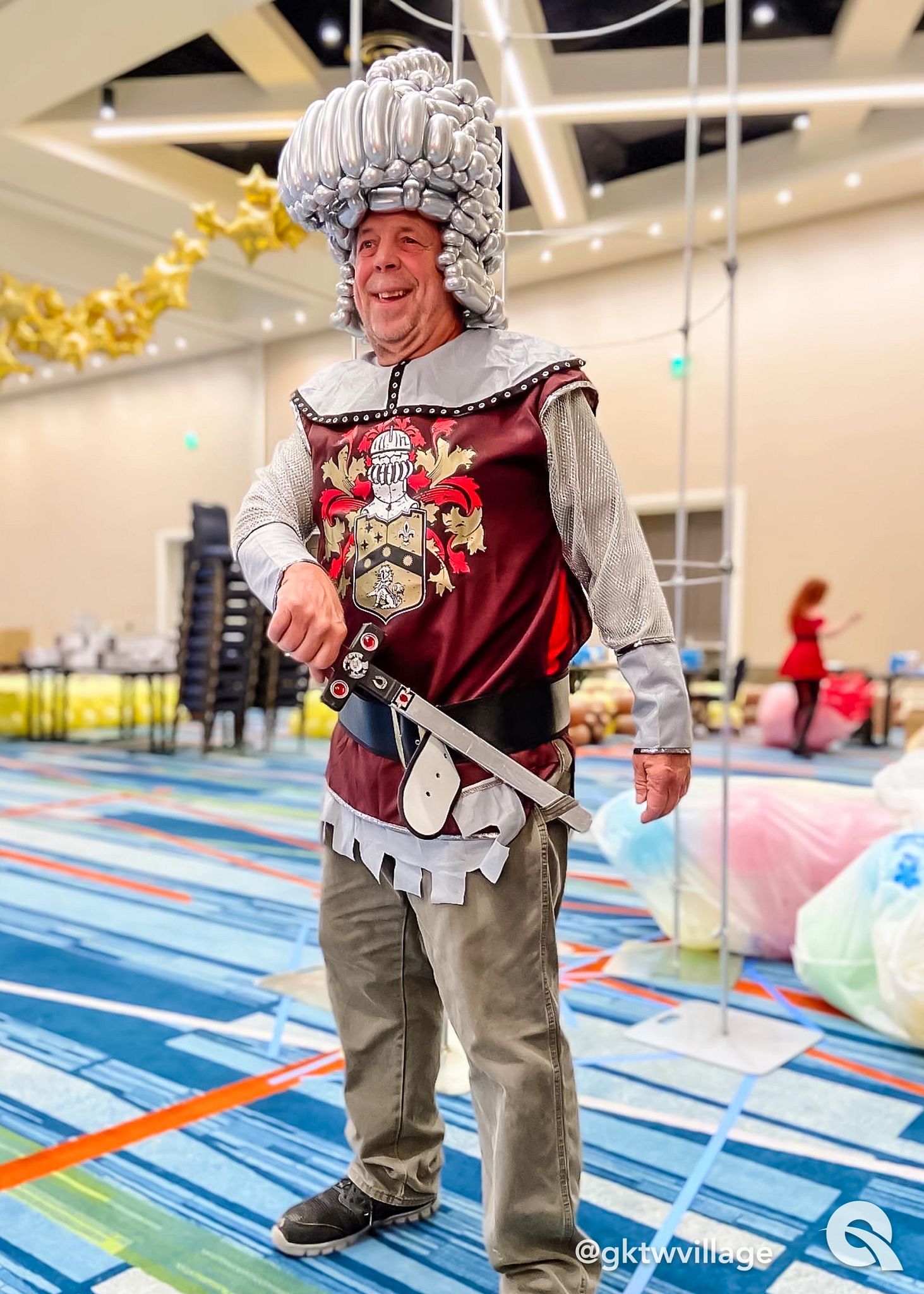 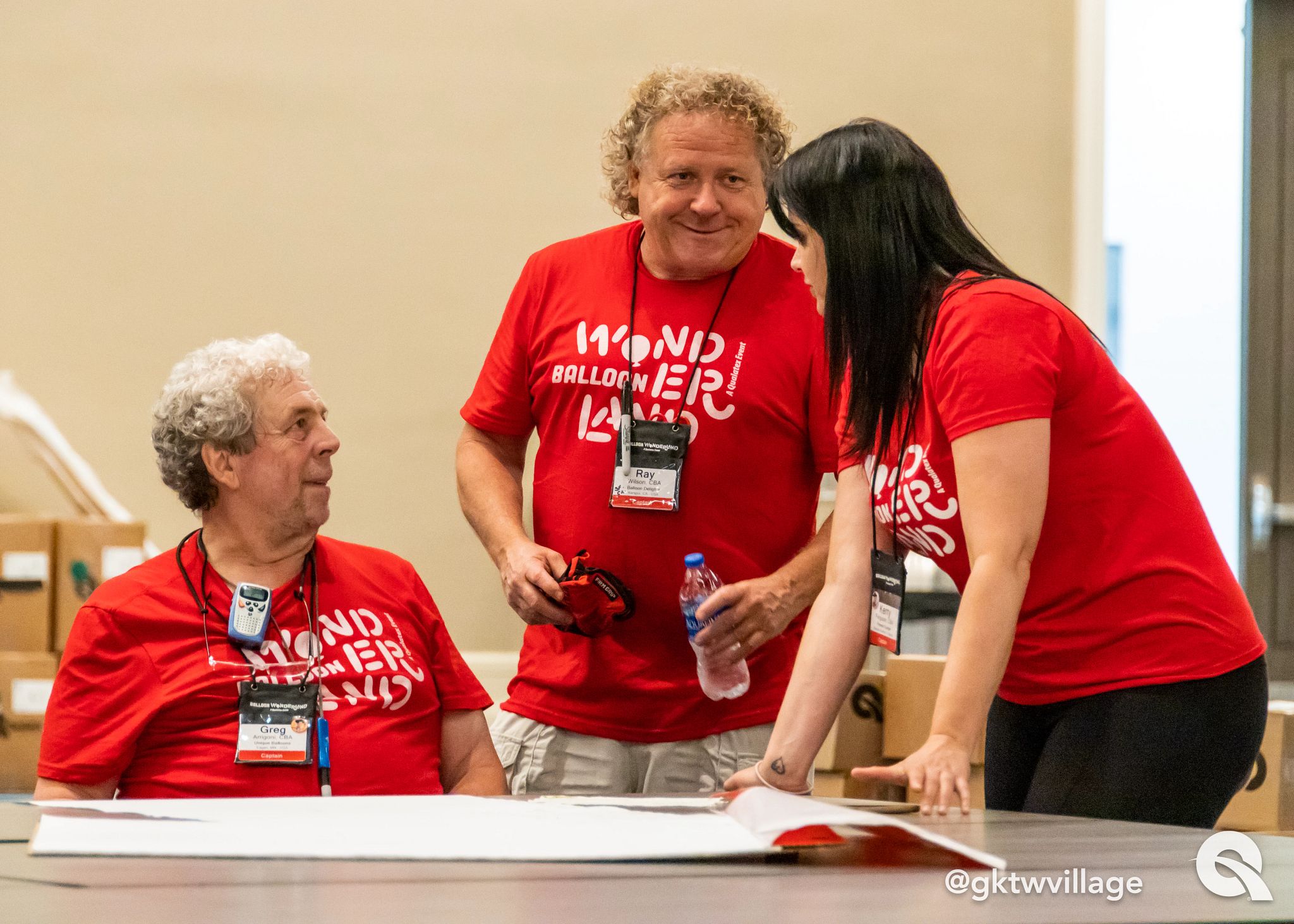 Dominic Cassidy & Keith Stirman brought Q Corner to Balloon Wonderland, and allowed those who could not attend to experience the event live. Billy Damon interviewed many of the team captains in his segments “Catch a Captain.”

You can view all of the recordings here! 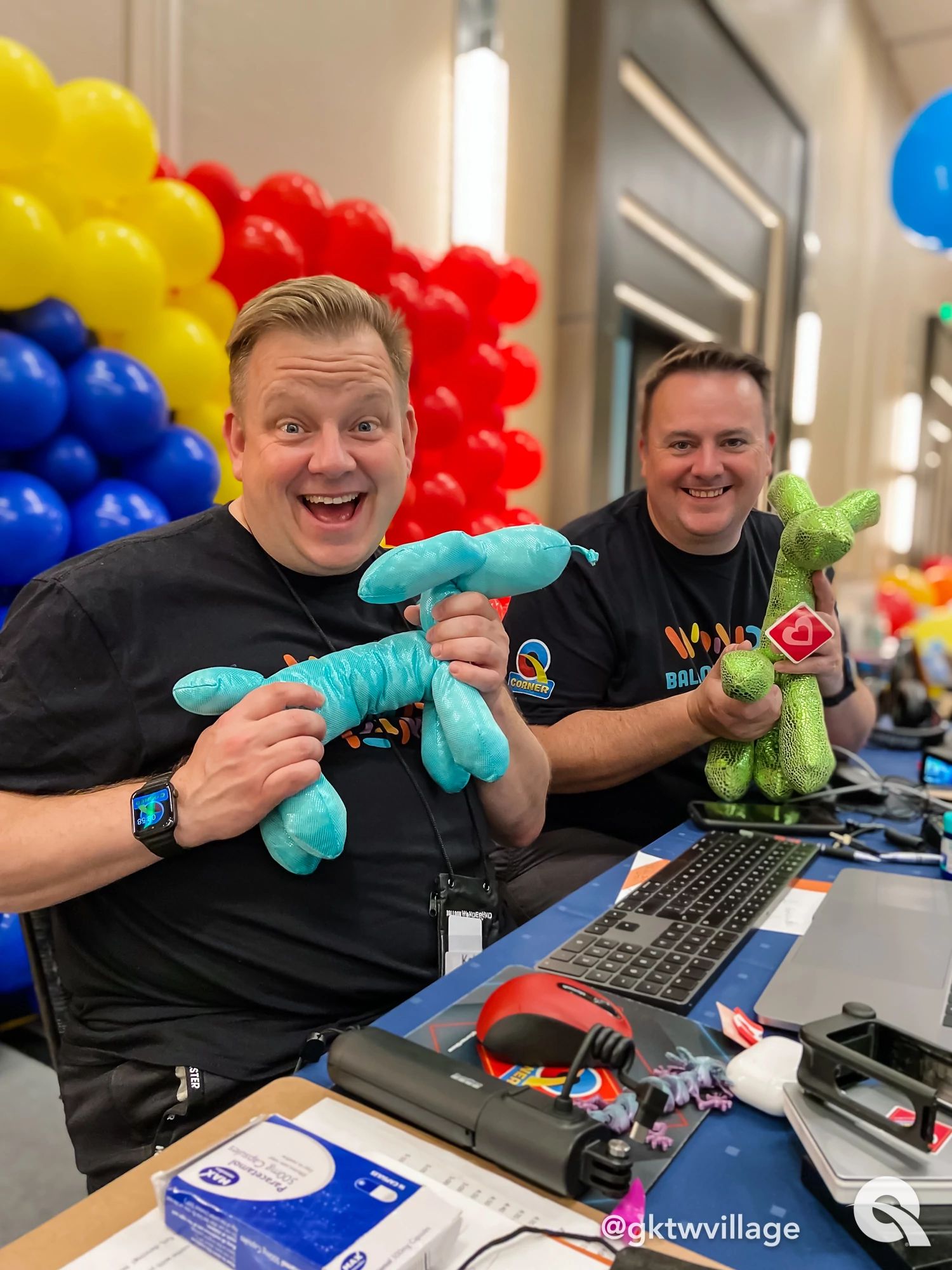 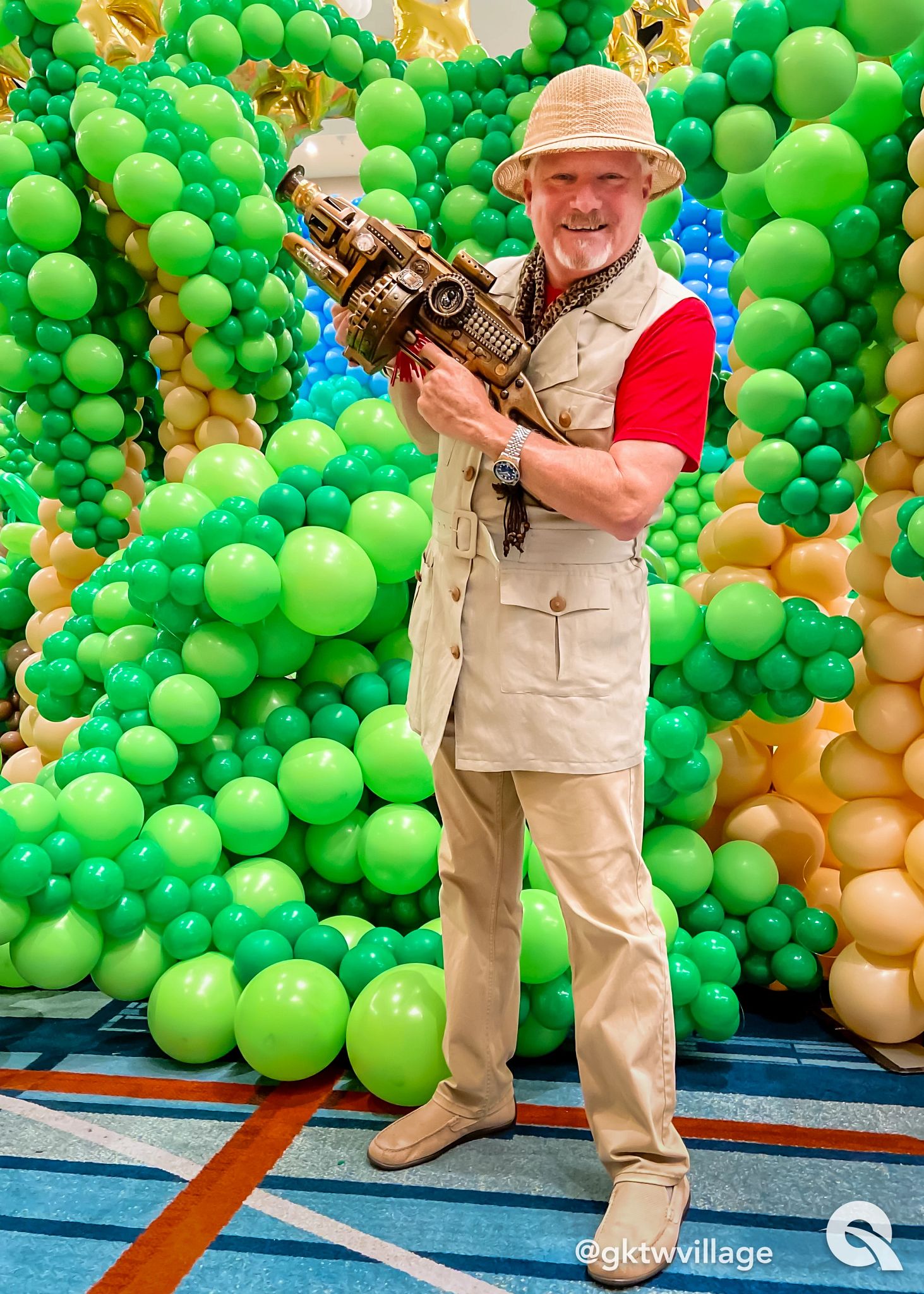 Twisting for the Stars

Led by Anthony Lena, a group of balloon entertainers was on hand for the grand opening to twist balloon gifts for the children, who chose from a menu of designs coordinating with the themed areas. Haley Damon wore a balloon fairy dress and posed with the kids.

Click the links above to see Anthony's tutorial videos and make these yourself!

Balloon Wonderland was truly an incredible experience! In particular, the heartwarming event “Twisting for the Stars” was unforgettable! Just seeing the smiles on the children’s faces will be a memory I will always treasure! When the children, families, and friends arrived from Give Kids the World, it was amazing to see their faces light up as they walked through Balloon Wonderland! When they finished walking through, it was awesome to see the joy on peoples’ faces when they received a balloon sculpture made just for them by one of the many Balloon Artists. It was truly an honor to be involved with such an incredible memorable event! 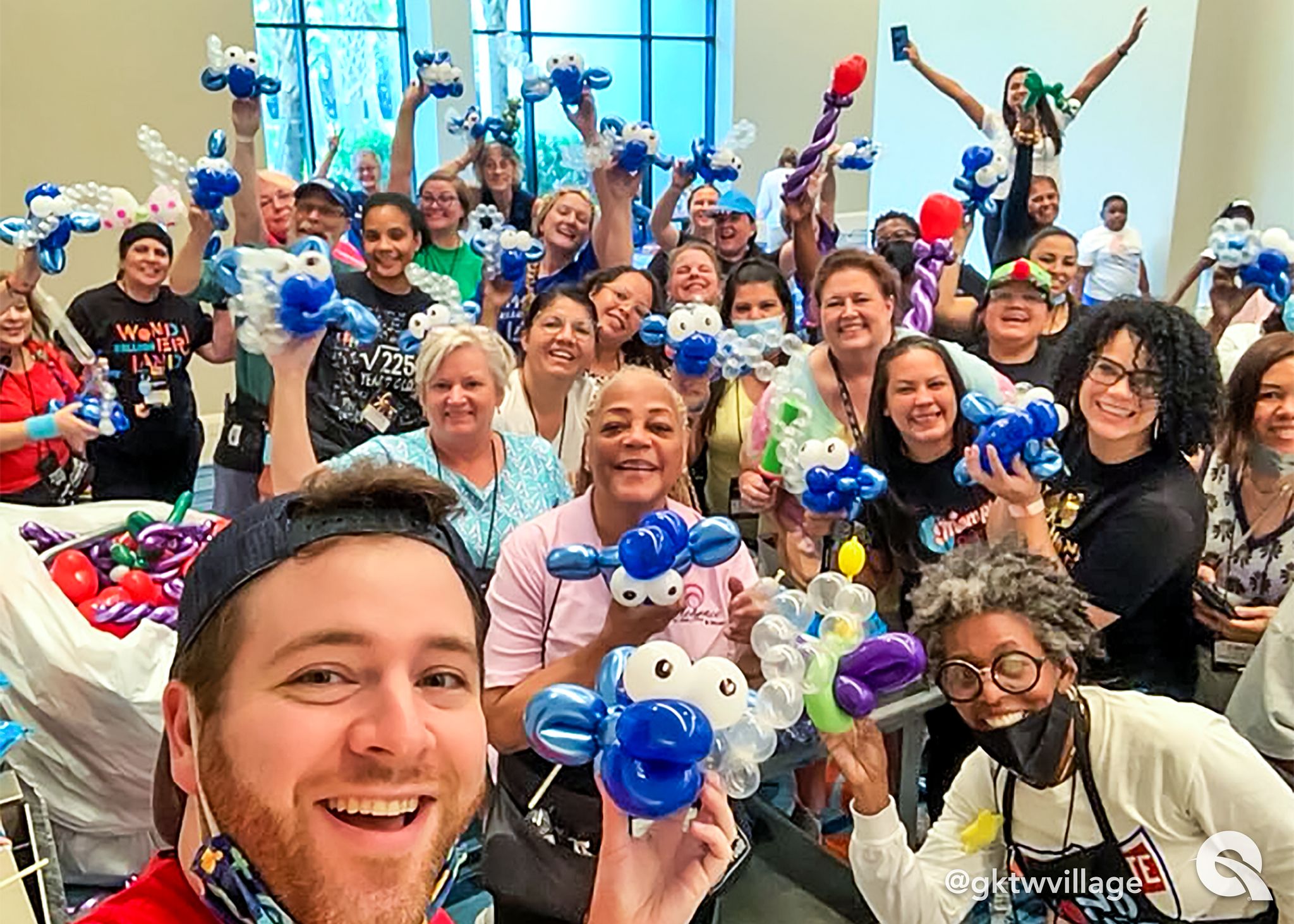