The first stop in Balloon Wonderland was the Enchanted Woods. Guests entered through a moongate arch covered in balloon wisteria that created a feeling of whimsy and awe that set the tone for the entire experience!

Balloon walls of rolling hills and castle walls surrounded the space, with large vines of balloon ivy entertwined throughout. A canopy of trees covered the area, which featured fairies, butterflies, mushrooms, dragonflies and a multitude of flower designs at every turn! 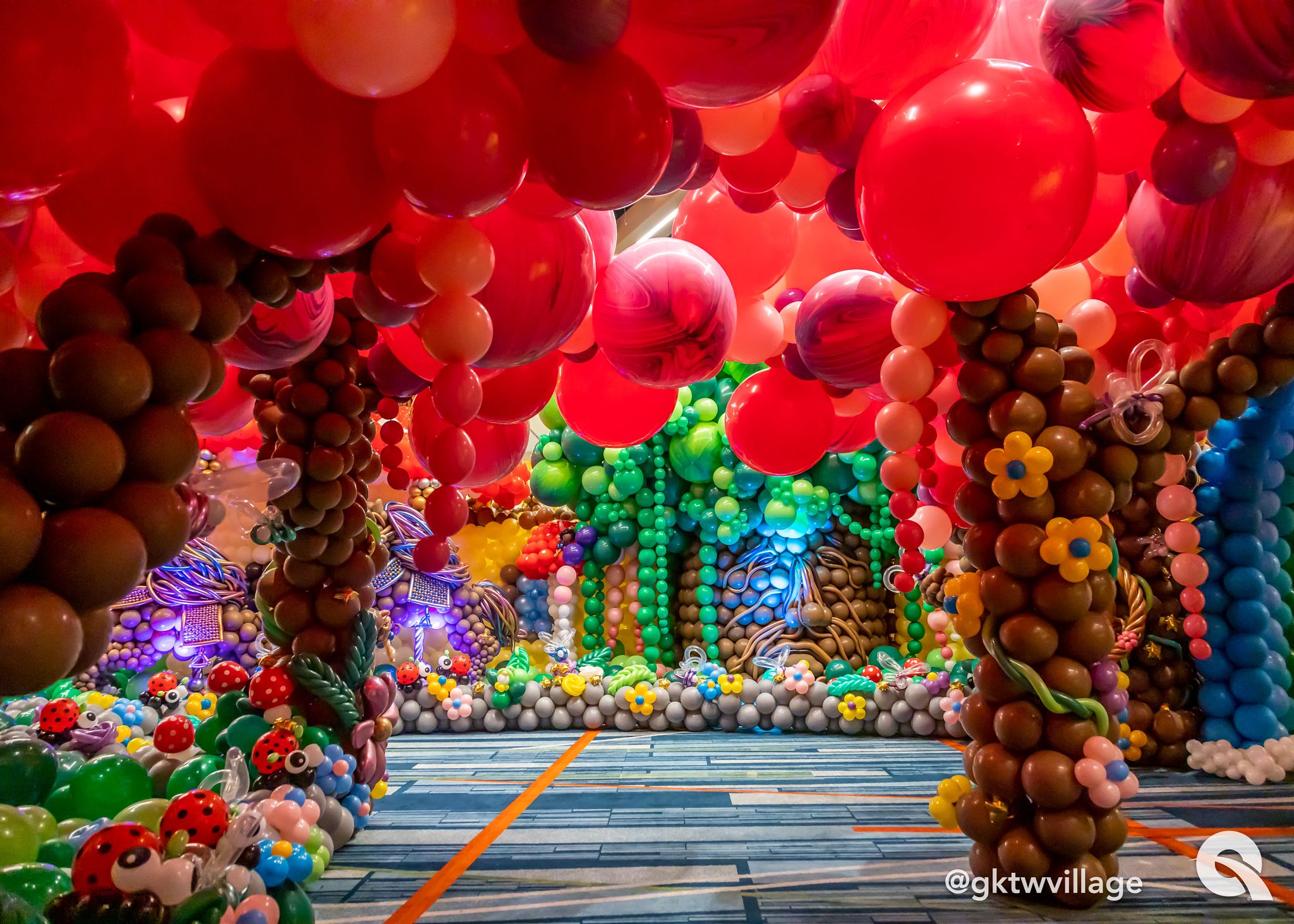 Everyone's favorite snoring tree at Give Kids The World Village was recreated with a 6-foot wide trunk and 9-foot long branches of Mocha Brown latex. A garland of 3' green balloons created an overhang over the front of the trunk, which was filled in with triplets of 11" and 16" in various shades of green. Chains of 6" balloons hung from the tree to create the impression of vines hanging from the tree. 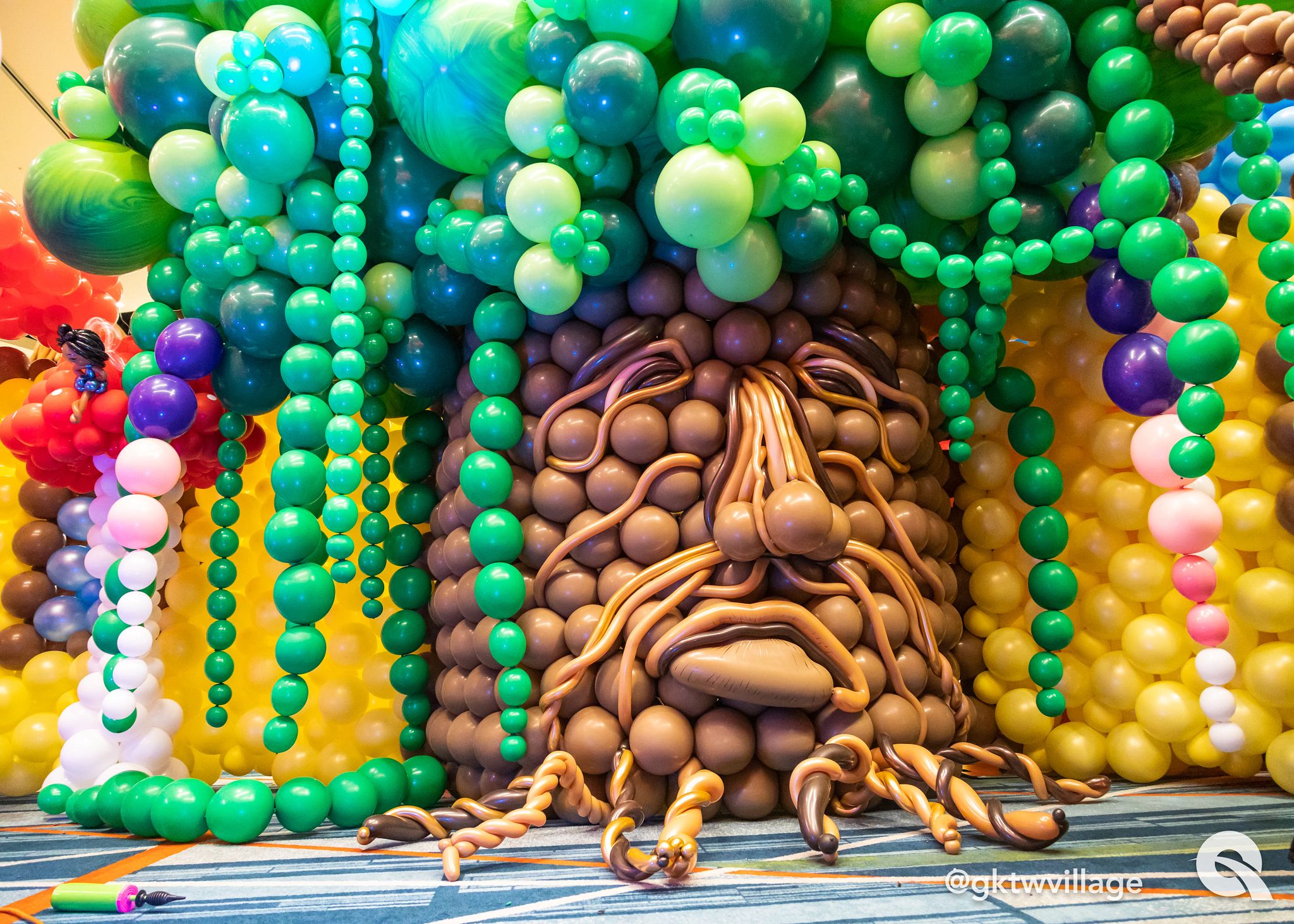 Three carousel horses made of balloons, tucked under a 17-foot wide mushroom cap, recreated the beloved Enchanted Carousel at Give Kids The World Village. 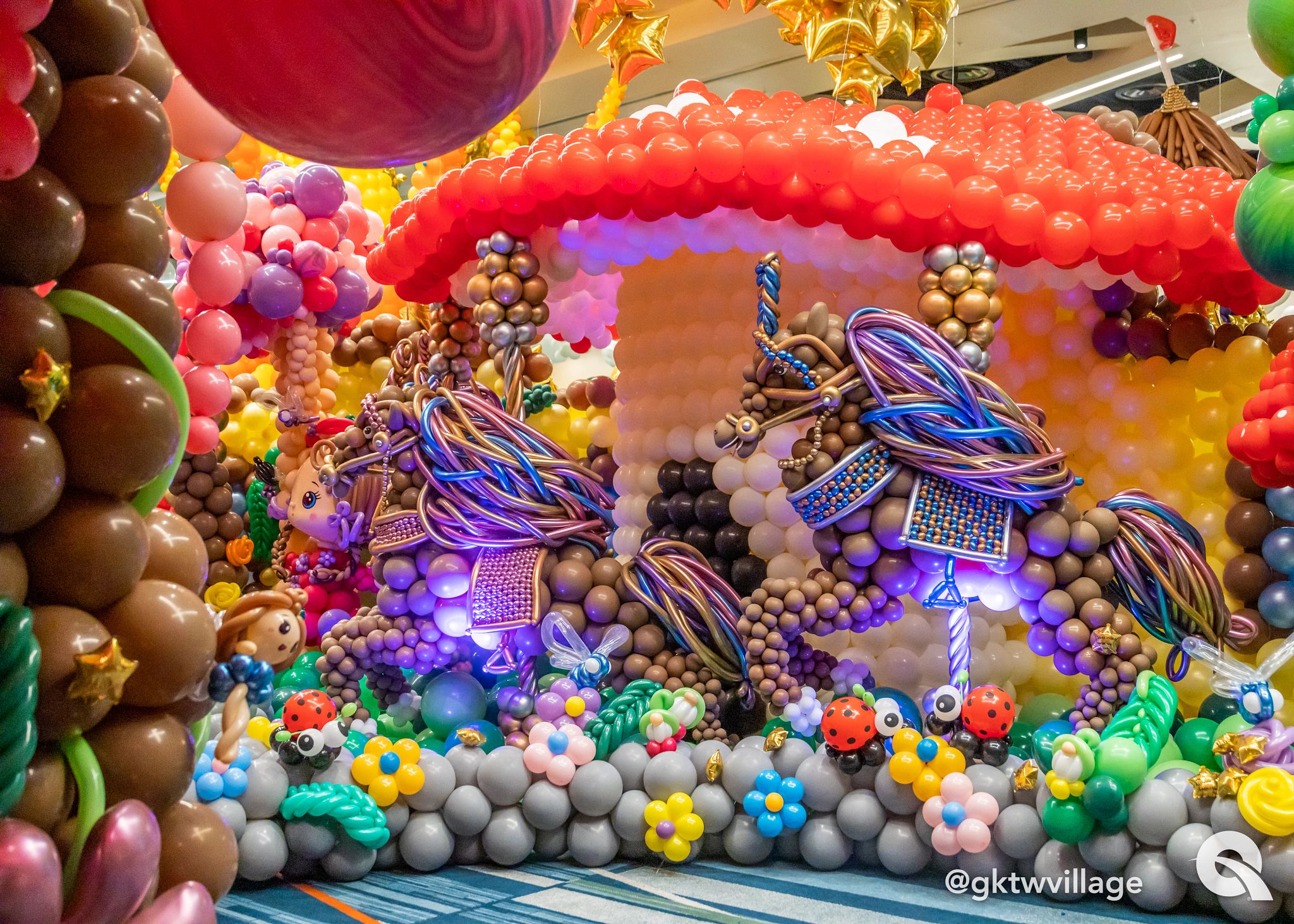 As a balloon professional, I enjoy creating designs that offer my clients unique and custom balloon decor, but Balloon Wonderland was nothing like I've ever seen. The fantastic, larger than life balloon creations showcased the talents of over 300 delegates who created a dreamlike 'world of wonders and multiple fantasy lands' made with millions of colorful balloons. Being able to attend such a massive balloon build event has given me a once in a lifetime experience. It was even more meaningful for me when I saw that it bought so much joy and excitement to all of the children who needed it the most.

Smaller mushrooms were scattered throughout, based on a distortion technique shown by Sue Bowler, CBA, in this video.

You'll find these adorable guys perched strategically in the woods. Use this tutorial to make them yourself!

Jackie Ochitwa, CBA shares how she makes her classis dragonfly, which you'll see placed throughout the woods.

Jackie Ochitwa's proprietary fairy design is available to QBN members only in this Balloon Images article. 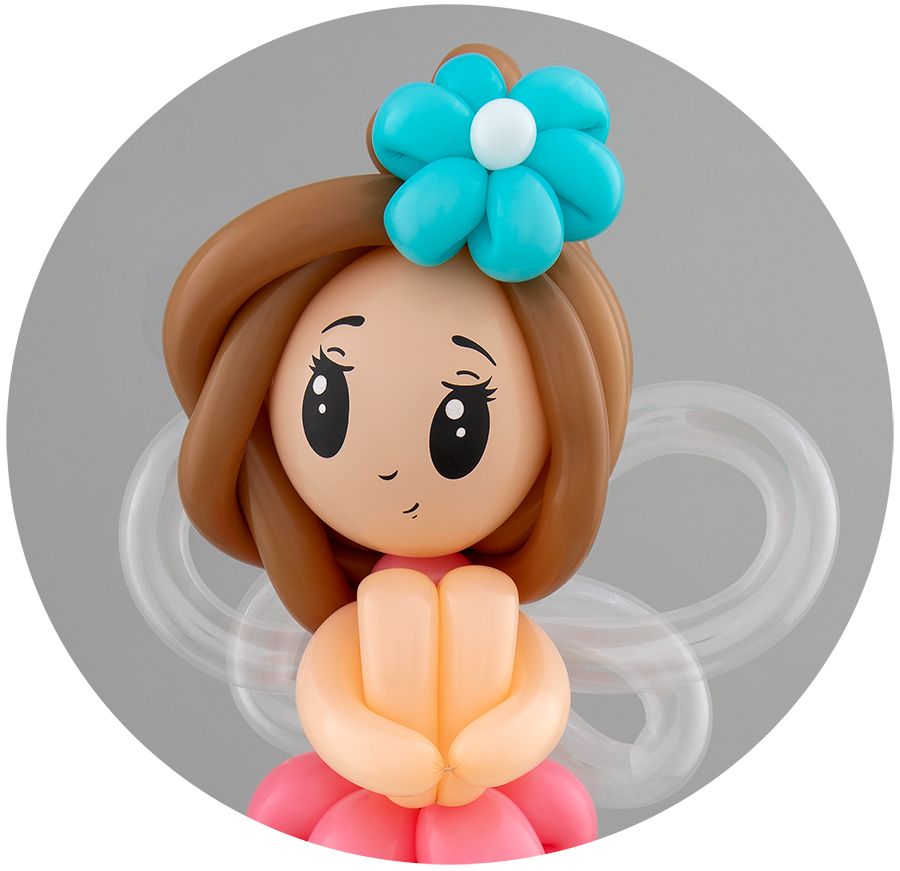 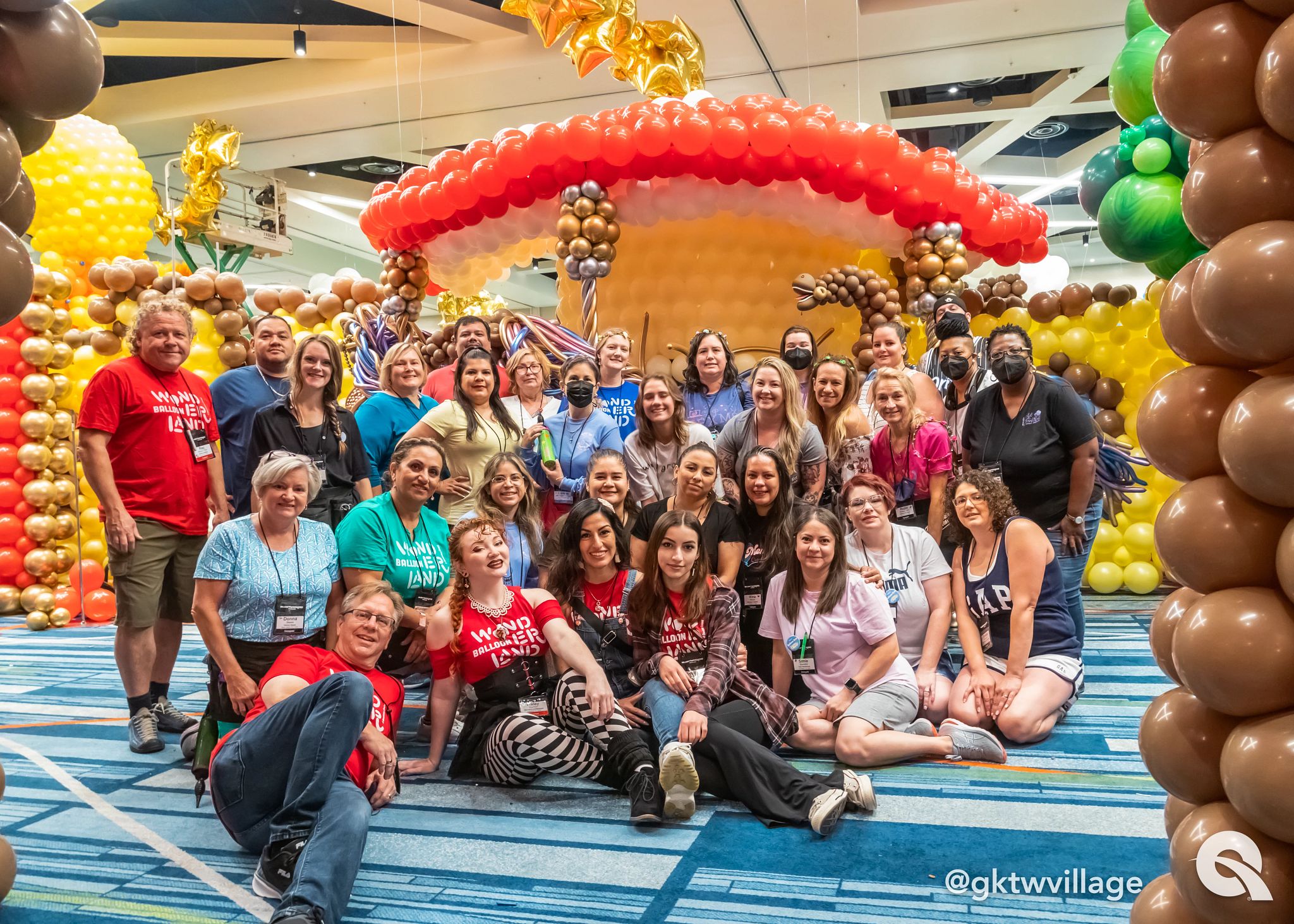